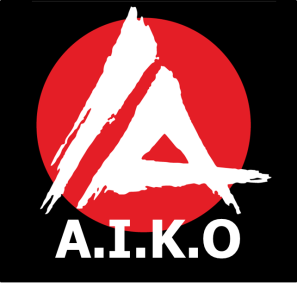 AIKO, A Modern Approach to a Cultured Past
Martial Arts really do have a rich history. This is seen, not only in the development of the different styles of Martial Arts, but also the development within the individual styles themselves.

Ashihara Karate having being developed in the 1970’s is one of the “younger” styles in existence, and despite this, it too has seen changes made by different High Ranking instructors.

Personally I have worked hard to develop a group of Instructors who have developed their own levels of knowledge and experience in the Ashihara International Karate Organisation.

In different competitive formats our style of Karate has proven successful not only in Knockdown Karate but also in K1 and conventional Kickboxing with many achieving success in K1 in areas such as the Glory World Series. Also, using experience in training in other disciplines, our fighters fought in other disciplines such as Pride, Pancrase and Daido Juku, also with high levels of success. This cross discipline experience is the basis for what we used to develop our AIKO Fighting style.

In the late 70´s I was training at one of the World’s top Judoka’s Isao Okano, a former Olympic Champion. I was practicing some Uchi Komi (a training method using repeating techniques) and Okano approached me and asked me why I did my technique like that?

My reply was “Because I learned it like this”. His very short reply to me was “I judged you more intelligent`. It was at that moment, I realised what he meant, as explained below.

“Everything you do, has a reason Everything you teach, could and should be argued. Analyse, then try and criticize and accept, change or improve”

The Ashihara International Karate Organisation is seen as one of the “spin off” styles which came from Kyokushin Karate (this is not exactly true, which will be explained later in this article) and is the style I have been practising for nearly 30 years now. Although there is a little difference in competing in Full Contact tournaments, some of the styles have their own approach in training and exercising.  It is these differences in approach which has generated interest in the styles themselves.

Personally it is the combination of the use of “Sabaki” (or Movement), the creation of Realistic Fighting Scenarios and in the concentration on Basic Proficiency that created the appeal to me.

Every sport owes its present appearance to the development that it has gone through in the past and therefore every sport also carries its own history. One could argue that sport shapes itself based on influences such as time and culture.

While Judo, Karate and Ju Jitsu have a rich history, it would seem that the growth of Freestyle Fighting, MMA and Kickboxing/Muay Thai are developments and reactions to these cultural influences in Martial Arts. As a result of similar developments there are a wide variety of Martial Arts and within this community and we constantly see rapid evolutions.

The development of Karate is no exception. The more traditional Karate styles such as Shotokan, Wado Ryu, Go Ju Ryu and even Kyokushin Karate now exist alongside newer less traditional styles such as Enshin, Seido and Ashihara Karate among others.

Personally, my viewpoint on Karate is quite simple. While many practitioners see Karate as being tied to religion due to its early practitioners often in fact operated out of temples, I see this as being erroneous. Rather I see Karate, while often being bound to older traditions and systems, such as seen in Japan, as encapsulated in the phrase “Karate is a form of sporting activity”.

As a teacher, I still have in the history, and in the methods and systems in Karate. However, I personally see the sports development as being a priority over these traditions, cultures and hierarchical systems.

This is not to say that this also applies aspects such oriental culture. By contrast, it is my opinion that over-adherence to this can often be counterproductive in the long run.

Ashihara Karate is a fairly new form of Karate and could be described as an innovation or evolution of an older system. The widely accepted assumption that Kyokushin Karate provides the basis for the Ashihara style is incorrect. As explained earlier it is seen as a “spin off” of Kyokushin, but this is not accurate. The only association is the fact that Hideyuki Ashihara was himself a Kyokushin Karateka, but in no way is this reflected in the style that he presented in the 70s.

Within his Ashihara Organisation, it was precisely the aforementioned cultural and hierarchical structures which caused difficulty within countries outside of Japan. Management within the organization seemed more motivated with the fee structure of the organization rather than providing supports and “backup” to affiliated dojos outside of Japan. It was precisely these problems which led to me joining with David Cook in 1988 into his European Organisation which in time grew into a World Body. On the Greek island of Thassos a gathering of instructors saw the birth of the Ashihara International Karate Organisation system, with its own new identity. 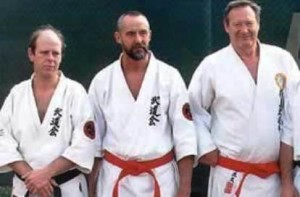 Slowly I got involved in leading the AIKO and became one of the leading instructors in our system. AIKO joined in 1994 with the International Budokai under Jon Bluming and for a couple of years this cooperation was successful. For several reasons both organisations split and each went their own way.

This led to a newer era where I became more heavily involved as a K1 Kickboxing coach. This saw a very successful and indeed record breaking spell on the Kickboxing circuit. Slowly however my interests in building our own unique Karate and fighting style returned.

In the interim, and in the decades between this, Ashihara International Karate has experienced is ups and downs, and its own fair share of successes and failures. All of this has now led to a new era, where the AIKO as a body of experienced and newer instructors will aim to deliver a new generation in Ashihara Karate.

Since late last year, we have decided to translate these experiences and approaches to the development of the Ashihara International Karate Organisation. In order to do this we have developed a “fresh start” approach, with a re-design and simplification of many technical approaches within which we will focus on effectiveness in both technical training as well as having a competition orientated approach.